How to Pass GHB Drug Test 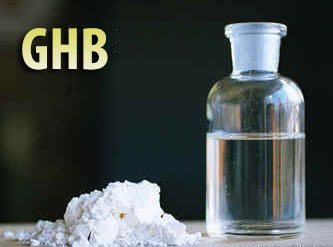 Common Street Names: GHB goes by a few different street names, including G1 and Alcover. Prescription GHB goes by the name of Xyrem or Sodium Oxybate.

GHB, which was once easily made from supplements readily available at such stores as GNC, is a depressant intoxicant that is often compared to alcohol in its overall effects. Its ability to create short periods of a coma like sleep led to its rise as a date rape drug in the 90’s, replacing the once popular “Roofies” that were being used for that purpose.

It is because of this reason that in 1999 GHB was started in the drug scheduling process for the United States. It officially became a controlled substance in 2000.

Despite this status of becoming scheduled, GHB, and now many of its chemical relatives, are still widely used today. GHB is unique in that it is odorless, colorless and tasteless if properly made, which makes it a prime drug to use for those willing to commit the unthinkable act of date rape.

One company has even created a special drink cup that can detect the presence of GHB and other commonly used date-rape-drugs, so that alone should be enough to show that it is still very actively being used.

Currently, GHB that is manufactured clandestinely (in homemade labs) is Schedule One, the most restrictive class of chemicals. However, if a pharmaceutical company makes the compound under the name Xyrem, it becomes a schedule three substance. This may seem somewhat of a paradox, however, it does make sense especially since illegally made GHB can contain left over chemicals from the reaction, adulterants, and be a different strength in every batch.

Though it has a nasty and rather negative reputation, GHB actually serves several legitimate medical uses. For one, it is sometimes used in addition to stimulants in the treatment of narcolepsy, a serious disorder where a person has irresistible urges to sleep. When used in conjunction with stimulant medicines, these are usually used during the daytime, GHB helps promote sleep at night for its narcoleptic users.

Another reason that Xyrem, the brand name of GHB in prescription form, may be prescribed is by intravenous use to numb pain and relieve pressure. This is especially useful in the case of serious head injuries. However, due to its status as a schedule three, there is often extra paper work that has to be considered before a patient ever leaves with a script.

As previously mentioned, many users take GHB for its similarities to alcohol intoxication. These include an overall sense of well being and euphoria, a decrease in a person’s inhibitions, increased sociability, and the added benefit of an increased sex-drive.

Some users even choose GHB as an alternative to alcohol. This is because it has a slightly longer duration and less of a hangover than alcohol. People may also use GHB as a means to come off of alcohol or to keep away withdrawals from other substances.

One that GHB is notorious for is the small amounts it takes to cross the line between inebriation and death. The liquid form is usually dosed out of a bottle cap, and dependent on the batch, what you take one time to become comfortably high could be death the next time. This can definitely be the most unwanted effects of consuming GHB.

As with alcohol, major disruption in motor skills can occur even on small doses of GHB, so people who use this drug should not drive. With that being sad, the risk of being involved in an accident in a vehicle greatly increases with people who do decide to drive under the influence of this chemical. General accidents that involve clumsiness experienced by over indulgence is also a very real risk.

GHB was originally available at many nutrition stores as a dietary supplement to aid in weight-loss, to help build muscles, and even fatigue.

GHB is actually chemically related to chemical that our brain already produces called GABA, however GABA cannot produce intoxication because it has a difficult time crossing the blood brain barrier.

Many chemical analogues (think of analogues as relatives) of GHB are readily available on the gray market. These analogues however could fall under the jurisdiction of The Analogue Act.

A truly dangerous and unpredictable substance, it is odd how such a thing could ever make its way into places such as nutrition stores. While it was not the original intent of the makers to create a substance of abuse, that is what it turned into. A substance of abuse, and also a very common aide in events of date-rape. When the cat was out of the bag, people flocked to this chemical for various reasons, whether it was an alcohol alternative, to help with withdrawal from other substances, or even as a desperate way to gain sex. What makes this chemical all the more dangerous, there are now even more unpredictable and dangerous chemical relatives available on the market.