How to Pass Cannabis Drug Test 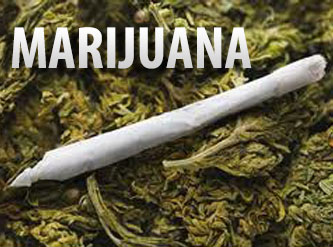 Active Chemical: Their are two active chemicals in marijuana that are responsible for its effects, THC and Cannabidiol, respectively. THC is the primary chemical component of most marijuana and is responsible for producing the high and feeling of being “stoned” that is sought by the majority of users. However, of equal importance is Cannabidiol, though we still do not know exactly how either works, we do know that cannabidiol does not produce a high. What we do know about this secondary chemical is that it plays a large role in alleviating inflammation, possible paranoia/anxiety from THC, and a decrease in seizure activity in multiple seizure disorders. Most marijuana is a combination of both chemicals but through precise breeding techniques growers can achieve a larger amount of one chemical over the other.

How to Pass Marijuana Drug Test Quite possibly the most controversial, misunderstood, and historically ironic drug, Marijuana has been around for and in use for a long time. The oldest stash found so far dates back at least 2,700 years and was discovered at a tomb in the Gobi Desert, but mentions of Cannabis throughout human history have been found as far back as 2737 BC. Its colorful and in modern times bloody story, likely goes back even further in our history as a society than even alcohol. The simple facts presented in the history of mankind tells us three things: We like our alcohol, love our herb, and when something like either is intertwined so deeply with society that only negativity will result in both of their complete bans.

Extremely contradictory at this current time in the United States. Two states in the US actually allow for the recreational consumption of Cannabis now (Colorado&Washington State) and medical use in almost half of US states, but the United States Federal Government still maintains Marijuana as a Schedule One Controlled Substance. This means that Cannabis in any form, even hemp at the current time, is illegal to buy, sale,trade, or distribute in any manner, unless of course you have a special DEA License (good luck with that). It also puts Cannabis in the same league as Heroin and many other obviously more destructive substances, which is ludicrous considering the facts we know about Cannabis. Schedule One also means that according to the USFG, marijuana has no feasible nor legitimate medical use, once again, this is in direct opposition to their own states and the evidence proving otherwise.
Meanwhile, the country of Uruguay has recently passed a law that will allow the government to grow and sell marijuana for as little as $1 per gram. Their law also allows for small amounts of personal plants to be grown by individuals. With this law, Uruguay became the first place in the world to legalize and offer a way to regulate marijuana.
For a final look at other places that cannabis law varies around the world, lets consider The Netherlands. The Netherlands, specifically Amsterdam, was the original Potopia and #1 stoner friendly location with their coffee shops that offered marijuana ordered off of a restaurant like menu. However, in recent years, the government has become stricter on the coffee shops and have attempted to ban tourists from even being able to enter them.

Prior to its criminalization worldwide, marijuana was actually a widely used medicine. In fact, Around 2,700 BC, the Chinese Emperor Shen Nung was said to have been the first person to have experienced the great healing and medicinal attributes of marijuana. A potent oil mixture obtained from marijuana is even mentioned in the book of Exodus, about 1450 BC. At some point close to 1213 BC the Egyptians were actually using cannabis for glaucoma, inflammation, and even for enemas.
The list literally goes on and on, but at some point in our history we chose to forget the near intimate healing and medicinal relationship of man and cannabis. In the present age, there does seem to be a major reawakening in the use of cannabis as both a healing medicine and religious sacrament.

People may ingest cannabis for any number of desired effects. It is known to provide its user with a sense of euphoria, the ability to view things from a different and more philosophical/ creative perspective, relief from inflammation especially with strains high in cannabindol content, an increase in appetite which is often referred to as “the munchies”, and a new found sense of entertainment in projects or things that otherwise would have seemed boring. These are only some of the basic desired effects of marijuana, it is used for a plethora of reasons, with many of them being legally sanctioned as medicine in some states.

Overall, marijuana is considered a safe drug with an extensive history of use. Some may even argue that it is actually safer than alcohol. It does have its negative side-effects: A risk of fairly minor psychological dependance, effecting ones ability to recall events that have occurred in the short-term, upper respiratory problems/aggravation, and some users have been known to experience extreme anxiety or paranoia when they marijuana. As with any drug, people who have pre-exisiting psychological conditions or a family history of such, should be extremely careful when using marijuana or any other psychoactive substance for that matter because substances alter their brain chemistry further making the effects more unpredictable for at risk people.

Hemp, which is distinctly different than marijuana and is not psychoactive, has many applicable beauty, industrial, and personal applications all its own.
There are no known overdoses in the history of mankind’s’ use of marijuana. This means that drugs such as Tylenol kill more people every year than marijuana and will continue to do so.
The psychoactive marijuana comes in two distinct psychoactive strains, indica which produces a more stoning bodily type high, and sativa which produces a more energetic and head type high. It is from indica strains that “skunk” breeds of marijuana originate from and on the sativa side of marijuana you have breeds such as AK47.

Marijuana has indeed been around much longer than most psychoactive substances. With individuals having to smoke or eat their entire body in marijuana within a two hour period for overdose to even be plausible, it is safe to say that nobody is going to die directly from marijuana anytime soon. As time changes and continues to march on, rest assured there will still be much to add to the ever growing and budding history of cannabis.