How to Pass Nicotine Drug Test 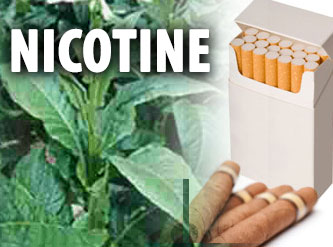 EVERYTHING ABOUT NICOTINE DRUG TESTING METHODS

Although nicotine is not classified as an illicit drug, a new study suggests that nicotine use often encourage the users to abuse illicit drugs. Scientists have discovered that nicotine makes the human brain more susceptible to addiction of drugs like marijuana and cocaine. A recent survey has revealed that over 90% of adults (aged between 18-34 years) who abused cocaine have smoked cigarettes before they started using cocaine.

WHAT IS NICOTINE AND HOW IS IT TAKEN?

Nicotine along with caffeine and strychnine belong to the group of chemical compounds known as alkaloids. These chemical compounds are produced by the plants that belong to Nightshade family for preventing animals from eating them. They taste bitter and are often dangerous too. Nicotine is the key ingredient in all the tobacco products such as cigarettes and chewing tobacco. It is the main reason why people who start smoking once tend to get back to it again and again. It is highly addictive. Nicotine is found is shredded tobacco and is used in the form of cigarettes, pipes, cigars. It can also be consumed through smokeless tobacco which is available in the form of snuff and chewing tobacco.

HOW LONG DOES NICOTINE REMAIN IN THE BODY?

When nicotine is inhaled, it is converted into cotinine and remains in the blood, urine, hair and saliva of the user. The length of time that cotinine stays in your body and the detection of the drug greatly depend on the amount of nicotine consumed by the individual, frequency of consumption, health and age of the user and the type of drug test performed on the user. It can remain in your body for a period of 3 days to 3 months. It is visible in blood for 3 days after the use, urine for 3-4 days and saliva for 10 hours or 2-4 days.

Following are the different methods of nicotine drug testing:

Blood test is an effective way of detecting the presence of nicotine in one’s body. Even the slightest amount of nicotine and its derivatives cotinine and anabasine present in the bloodstream can be detected with the use of nicotine blood test. Nicotine converted into cotinine remains in the blood for longer period when compared to urine and hence blood tests provide more reliable results.

Urine test is the most commonly used method of nicotine testing as the test is readily available and is easy to administer. Nicotine and its derivatives remain detectable in the urine sample of the suspect for 3-4 days. However, if the person uses menthol cigarettes, it takes longer for cotinine to be excreted with the wastes.

Saliva test is considered to be the most effective nicotine drug testing method. Cotinine, a metabolite of nicotine is used as the subject of saliva test. This derivative of nicotine has longer half life than nicotine and remains in the saliva for more than 10 hours or even 2-4 days in many cases. It is the most preferred testing method for detecting nicotine use.
Hair follicle test for nicotine can give accurate results. However, there are no standard cut off levels set for this testing method.