How to Pass Cocaine Drug Test 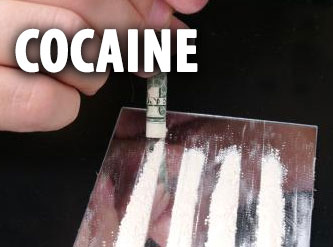 Cocaine is one of the most addictive drugs. Most people get easily addicted to the use of this drug after trying it once. One might use cocaine for increased energy, confidence and exhilarating high.

WHAT IS COCAINE AND HOW IS IT TAKEN?

HOW LONG DOES COCAINE REMAIN IN THE BODY?

While it is not possible to determine exactly how long cocaine stays in your system, it usually varies depending on various factors such as the amount and form of cocaine you take, the frequency of consumption, your age, sex, rate of metabolism, health conditions, your tolerance limit and other such. However, it stays in your body for 2-3 days after consumption. It is expected to be detected in your urine within 1-3 days, blood for 24 hours and saliva for 1-10 days. It stays long in your hair for a period of over 3 months since its intake. However, it is not the same with every person.

This method of testing is very simple and can be performed at home. The urine sample of the suspect is collected in a clean, dry container. The test is conducted at the room temperature. You can find the urine test kits in the market with detailed instructions on them. The test card available in the kit should be submersed in the urine sample for about 10-15 seconds. The results are shown on the control area or results area of the test card.

It is a non-intrusive method of cocaine drug testing. Although it is easy to administer this test, it often requires lab testing for accurate results. It detects the use of cocaine in the past few days. However, you can perform this test with the help of several saliva test kits in the market. A small sample of saliva is taken with the help of a swab and the results can be seen on the test kit.

It is an expensive method of cocaine drug testing. It detects drug use over a longer period when compared to other methods of testing. It requires the sample of hair which is about 1.5 inches long and about the diameter of a pencil.

In this type of testing, patches are attached to the skin to collect the sample of sweat for a period of about two weeks. The patches are then sent to laboratory for testing. This testing method is often used by agencies and institutions.