How to Pass Ecstasy Drug Test 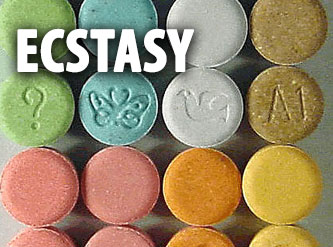 Ecstasy is a synthetic drug. It is also known as MDMA. The drug has properties that classify it as a psychedelic. It is also a stimulant that gives an energizing effect to the user. It is extremely dangerous and can be deadly also. It is one of the most common illicit drugs among the youth of this generation. Reports suggest that majority of the people who take ecstasy are teenagers and young adults.

WHAT IS ECSTASY AND HOW IS IT TAKEN?

Ecstasy is a Schedule 1 drug that was originally known as MDMA. The ecstasy drug that is available today can contain other drugs such as cocaine, LSD, heroin, amphetamine etc. It has various street names such as love drug, love pill, hug, snowball, XE etc. The fatal side effects of this drug include impaired judgment, severe anxiety, involuntary teeth clenching, false sense of affection, brain damage that could affect thought process and memory, kidney failure and many other.

Ecstasy is usually available in pills and is mixed with alcohol at rave parties. The pill is also injected and taken in few other ways. The drug is also available in the form of Liquid Ecstasy which is in fact GHB, a nervous system depressant.

HOW LONG DOES ECSTASY REMAIN IN THE BODY?

Like any other illicit drug, the time frame for detection of drug in one’s body depend on several factors such as frequency of use, amount of drug taken, age, sex, amount of body fat, health conditions, physical activity, fluid intake etc. It is estimated that ecstasy can remain in your urine for 2-5 days, blood for 24 hours, and saliva for 1-5 days. It can remain for over 3 months in your hair.

The traces of this drug intake can be detected through urine test, blood test, saliva test and hair test.

The urine test is not conducted for detecting MDMA specifically. The user could be detected positive for amphetamine as both the drugs have similar chemical properties. The presence of ecstasy in urine is usually detected within 24-72 hours after its use.

Saliva drug tests are easy to conduct and give accurate results. Special devices have been introduced to collect the sample of saliva from the subject for on-site screening tests. Such tests are usually performed at workplaces (by employers) and at home when parents suspect their children to have abused ecstasy.

Blood drug tests are relatively more expensive and need to be performed at laboratories by professional medical experts. However, they provide the most accurate results and are usually preferred by investigation agencies and police department.

Although ecstasy can stay in the user’s hair for up to 90 days, it can be eliminated a lot more quickly if he is not a heavy user. A strand of hair follicles of the user is collected for analysis of the test. A detailed test can test for both MDMA and amphetamine.